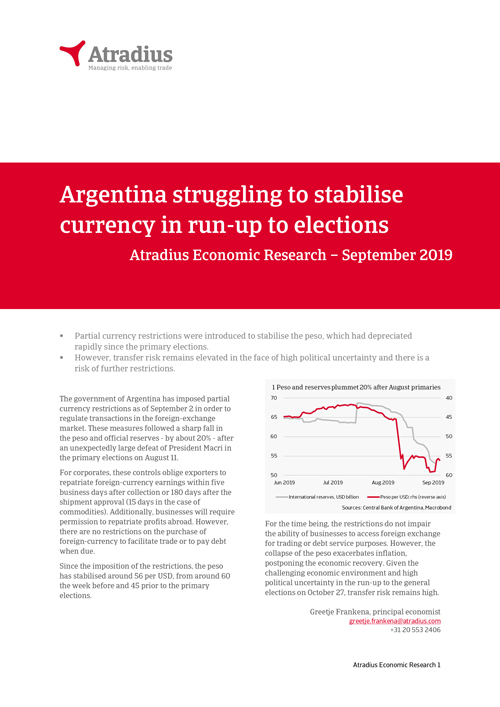 The government of Argentina has imposed partial currency restrictions as of September 2 in order to regulate transactions in the foreign-exchange market. These measures followed a sharp fall in the peso and official reserves – by about 20% – after an unexpectedly large defeat of President Macri in the primary elections on August 11.
For corporates, these controls oblige exporters to repatriate foreign-currency earnings within five business days after collection or 180 days after the shipment approval (15 days in the case of commodities). Additionally, businesses will require permission to repatriate profits abroad. However, there are no restrictions on the purchase of foreign-currency to facilitate trade or to pay debt when due.
Since the imposition of the restrictions, the peso has stabilised around 56 per USD, from around 60 the week before and 45 prior to the primary elections.

CEE insolvencies: so far, so good despite an increasingly challenging global...