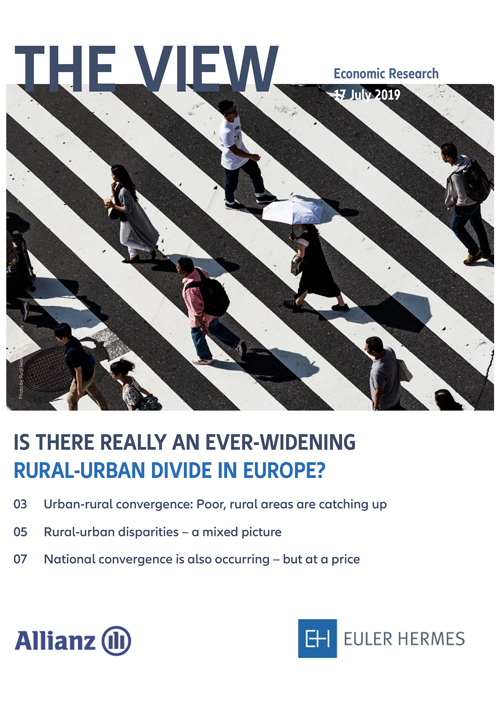 In Europe the popular narrative of people in the countryside being left behind, while urban elites benefit from globalization and technological change, is used to explain everything from the Brexit vote to France’s Yellow Vest movement. However, we find that Europe’s rural areas aren’t really losing the economic development race: over the last two decades, they grew faster than urban ones by a whopping 14.6pp. The poorest areas across 24 European countries have moved closer to the average in terms of GDP per capita and the number of areas in the middle of the income distribution has also increased.

Trade tensions return to the forefront of the global economy