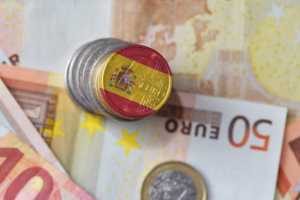 During the last few months, the Spanish economy has been showing signs of deterioration which can be observed through several indicators that, if you allow me, from now on we will compare with the symptoms of a disease. It is called Debt.

The Spanish economy is getting ill because of the economy slowdown and the weakness of external demand as a direct consequence of the worldwide commercial stress. As a result, the average debt rate in Spain has increased from 1.5% – registered in the last exercise – to 2.4%. Our closer neighbors are being affected too and West Europe countries are also suffering an increase on their debt rate going from 1.3% to 2.2%.

If we analyze the figures by activity sectors, we can observe that the highest debt rate in Spain is mainly concentrated on two of them:

When analyzed by company segments, we can see how our main business network is the most affected:

Last year, 88% of the Spanish companies have been negatively affected by debt, non-payment or insolvency issues from their Buyers. Continuing with our comparison, considering these data we can be facing a non-payment pandemic affecting our national economy. Trying to avoid its impact, 31% of Spanish companies have been forced to postpone or cancel their payments to their suppliers.

Based on market studies, it is estimated that 33% of Spanish companies have increased the frequency of their sues over unpaid invoices and close to 20% will start offering discounts to Buyers who pay in advance in order to reduce the risk of non-payment.

From September, Insurance Companies, which are acting as Hospitals, have been trying to reduce and block the effects of this situation, however, the lack of curative measures to help these companies is increasing the concerns about how these symptoms are going to develop in the next few months.

This situation requires top-level experience and professionalization. As a disease it can only be treated by a Team of Specialized Doctors – AU Group – which will help your company to be healthy with their solutions, tools and treatments.

And the Coronavirus stopped the world…
Receive our newsletter