And the Coronavirus stopped the world… - AU Group 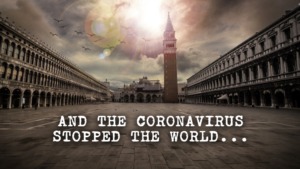 The Coronavirus should be under control hopefully in a couple of weeks or maybe months, but the economic impact might be lasting. Economic activity has been literally stopped in Europe and in the US in the image of the city of Milan which has been completely locked down to contain the progression of Covid-19. However, there are reasons to hope that we will eventually control it as it seems to be under control in China where economic activity is step by step returning to normal levels.

Life is very surprising sometimes. We were expecting economic growth to go off the rails because of trade wars between China and the US or geopolitical instability in the Middle East, but we were all wrong; a simple invisible virus did it!

While this virus should be contained, the consequences of this health crisis for businesses are going to be major and will require great support from governments and central banks to overcome. The crisis might also change the way supply chains are organized; we might see the long-awaited regionalization of globalization eventually happening.

We have already seen governments and central banks acting forcibly to support the economy. The United States is even considering unconventional monetary policy such as “helicopter money” which consists in giving cash directly to individual citizens.

Furthermore, it can be an opportunity for Europe once the Coronavirus crisis is over, to launch a massive European stimulus plan to boost the sluggish growth that we have been facing in Europe since the last 2008 crisis. The partisans of budgetary discipline with their Maastricht criteria such as the 3% maximum government budget deficit might give up eventually. It might open the doors for European countries to invest massively into infrastructure projects and re-direct their economies to a more sustainable pattern of growth which is more respectful of the environment without forgetting social measures which could help stop the spread of populism across Europe.

It is too early to see what will be the magnitude of the impact of the Coronavirus on the economy; will we see a “V” shaped recovery or a longer one with several negative GDP quarters? Nobody knows and it is not even the most important thing at the moment as the overwhelming priority is the health of the people.

From a psychological point of view, it is not so easy to cope with this unexpected event. First, many people are locked down at home which is frustrating and boring, but the worst is that you do not have any control over the outcome, you just have to wait and see. I think that the best thing would be to avoid listening to all these charlatans who are spreading their wild theories about Coronavirus across the web.