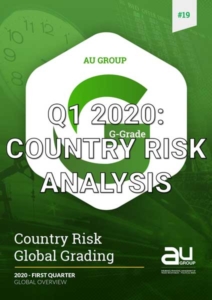 As we enter a new decade, let’s look back on the last quarter of 2019 to understand what were the major political and economic changes. Our country risk measurement tool “G-Grade” has especially highlighted on the quarter, an overall worsening situation in Latin America.