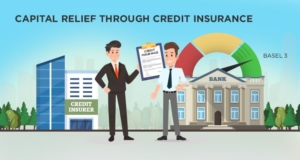 Almost 80 years ago in 1930, the bank for international settlements (BIS) was established in the small village of Basel in Switzerland by the main central banks of the leading countries, with the aim of fostering global monetary and financial stability. Several think-tanks had been established to set up international financials standards which eventually led to the creation of the Basel Committee on Banking Supervision (BCBS) in 1974. This committee was created to shape global standards for the prudential regulation of banks. Three well-known international regulatory frameworks were established by this committee, Basel I, II and III and have been implemented by banks worldwide. The last set of rules defined in the Basel III framework following the last 2008 financial crisis, put banks under pressure forcing them to keep more capital in their balance sheets and to increase their liquidity reserve, which negatively impacted their profitability. Capital constraints have pushed banks to use credit risk mitigation tools (CRM) to soften the capital requirement and one of the risks mitigating tools which is used more and more by banks is credit insurance.

Let’s try to understand first how the Basel regulations works, then we will look at the three available methodologies that banks can use to calculate their minimum capital requirements and finally we will explain how credit insurance as a CRM tool can reduce significantly the amount of capital to be allocated, but as well can increase the profitability of the bank, depending on the type of assets financed.

How does the Basel 3 regulation work?

The core principle of the Basel regulation is to fix common rules across the banking industry to calculate the capital to be allocated depending on the riskiness of each asset and to impose a mandatory minimum capital to put aside according to the total exposure of the bank. The bank must weigh the risk of each of its exposures by calculating the risk-weighted asset (RWA) and reserve out of this RWA 8% of capital before buffer.

Chart 1: Example of a capital allocation with a RW of 50% 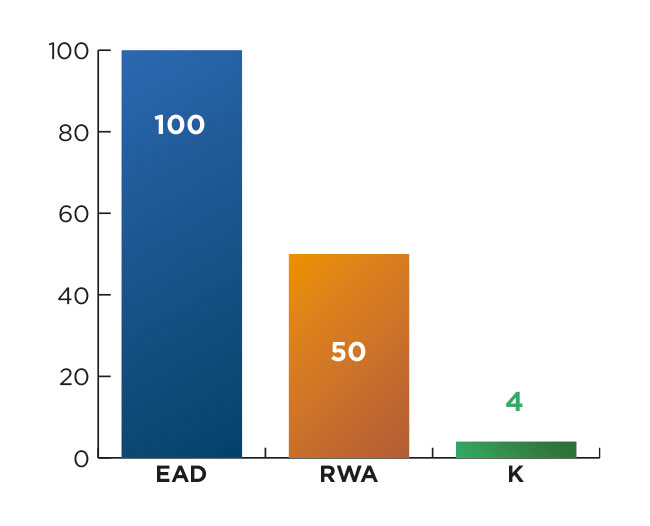 EAD (Exposure at Default): Amount financed by the bank

Banks, most of the time, segregate their portfolio of assets into six classes of exposure with different underlying credit risk characteristics:  sovereigns, corporates, banks, retail, project finance and equity.  For each class of exposure, they need to determine the RWA and so allocate a minimum required capital of 8%. The easiest way, but not the most efficient (the standardised approach) for the bank is to determine the RWA by using a risk weight table prescribed by the regulator which weighs the risk depending on the external rating of the underlying risk and for each class of exposure:

Tab 1: Summary of the type of exposure and their riskiness 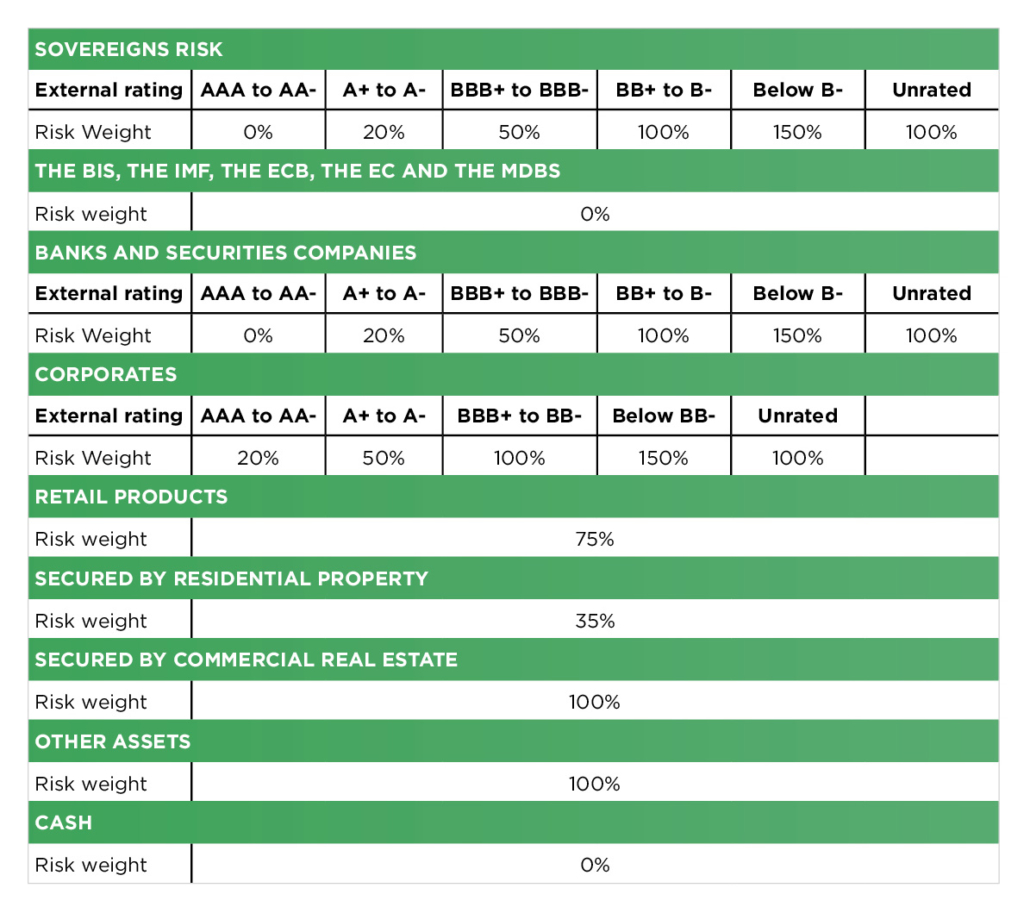 After the 2008 financials crisis, the BCBS with Basel III among other things tried to standardise the calculation of the RWA between banks to not lose faith in banks’ reported risk weighting. Basel III defined several pillars to explain the reform: increasing the quality of the Capital, being able to better capture the credit risk of a counterparty, taking more into account the operational risk and the market risk and force more disclosure from the bank to enhance the transparency

What are the three methods to calculate the minimum capital requirement?

The idea behind these three methods is that the larger and more sophisticated the bank is, the more it can optimize its capital requirement.

The standardized approach is not sophisticated and is relatively simple to comply with, but it forces the bank to allocate more capital. Basically, you calculate the RWA of each asset based on the rating of international rating agencies such as Standard & Poors from which you allocate 8% of capital before buffer (refer to chart 1).

These two other methods allow banks to better optimize their capital requirement, but they are much more complex to implement. They are designed for larger banks that can generate their own internal statistical models to calculate the probability of default of a given risk. They require historical data on the performance of each type of asset and such information is generally only available for long-established banks.

Chart 2: Components of the RWA 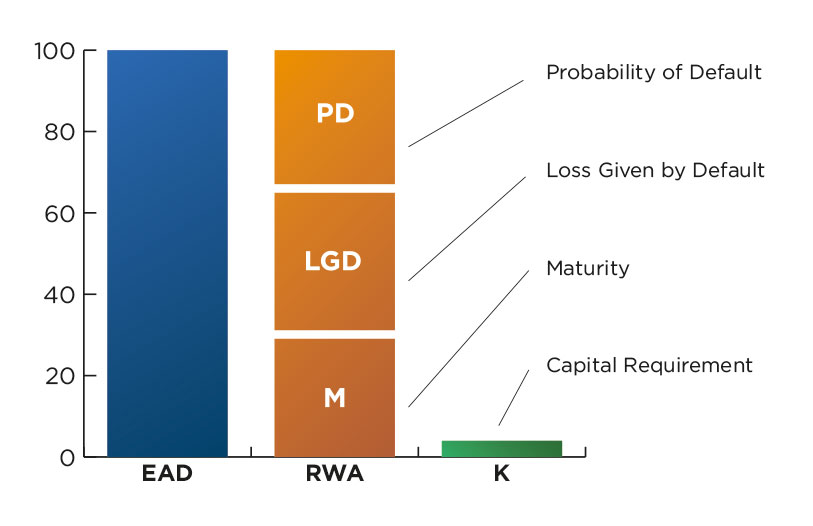 The Risk weight is calculated according to the following formula:

Formula from the Bank for International Settlements (www.bis.org)

The bank needs to be able to determine internally the PD to use the FIRB method and the LGD is given by the regulator. For the AIRB method, the PD and LGD needs to be determined internally by the bank which obviously requires a lot of historical data.

In simple words, if the bank is a specialized bank with a balance sheets of several billions’ dollars, the best option will be the standardized approach, while on the other hand, if the bank is a general bank with a hundred billion dollars of assets, it will opt for a mix between the FIRB, the AIRB and the Standardized approaches depending on the type of exposure to optimize their use of capital.

After explaining the different approaches to calculating the capital allocation, let’s now look at how risk mitigants can support banks in their mandatory capital requirements.

How can banks use mitigation tools to reduce the capital requirement?

First, you have two types of Credit Risk Mitigation (CRM) tools, the Funded and the Unfunded. The funded is a collateral such as for instance requesting the client of the bank to block in cash the amount of the banking guarantee that the bank releases on behalf of its client. In this case, the RW will be 0% because it is covered by a 100% secured asset as defined by the regulator (please refer to Tab 1).

The Unfunded is a guarantee or a CDS (credit default swap). A guarantee can be for instance the mortgage on a house which is financed by the bank or a personal guarantee based on the wealth of the borrower.

Credit Insurance can be considered as an Unfunded guarantee, if it complies with specific criteria, even though credit insurance is not specifically mentioned in the Basel 3 regulation. The guarantee should be Direct, Explicit, Irrevocable, Unconditional, Without clauses out of the bank’s control and with direct recourse to the guarantor. On top of that, the guarantor should be externally rated A- or better at the time the credit protection is provided. 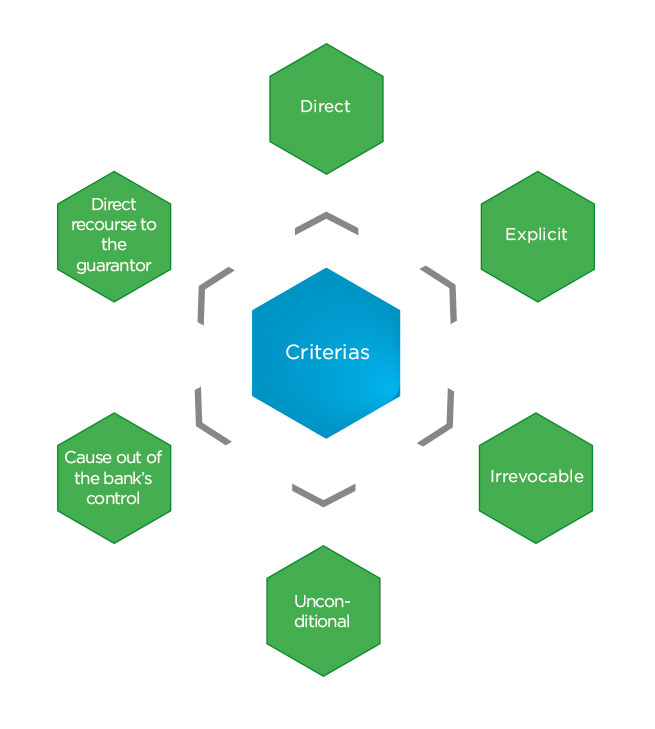 The guarantee should refer explicitly to the specific risk that the guarantor is covering.

The risk covered should be incontrovertible which means that the guarantor should not be able to deny or dispute the guarantee. All documentation must be binding on all parties and legally enforceable in all relevant jurisdictions.

The guarantee should not be unambiguous, without the ability to reduce the obligation of the guarantor.

The guarantee and the cover should be unconditional which means that they cannot be cancelled.

There should be no clauses outside the control of the bank that could allow the guarantor to renege on his obligation.

The bank should have the right to directly pursue the guarantor for moneys due,
without having to first pursue the obligor.

Using CRM allows banks to optimise their capital allocation but help them as well to increase their profitability.

How to increase the profitability of a bank exposure thanks to a risk mitigant?

Using CRM tools to reduce capital allocation is obviously important for the bank as they can used the unutilised capital to finance other deals, but it is also important in order to increase the profitability of the deal.

Chart 4: Return on RWA of the operation without risk mitigant 4% 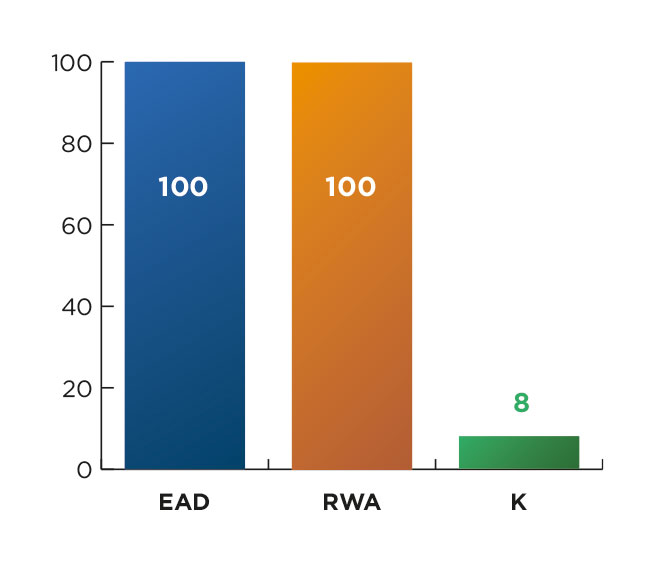 If thanks to a risk mitigant you reduce the RW to 20%, you significantly increase the profitability of the deal even if you have to pay a premium to buy the risk mitigant.

Chart 5: Return on RWA of the operation with a risk mitigant 12.5% 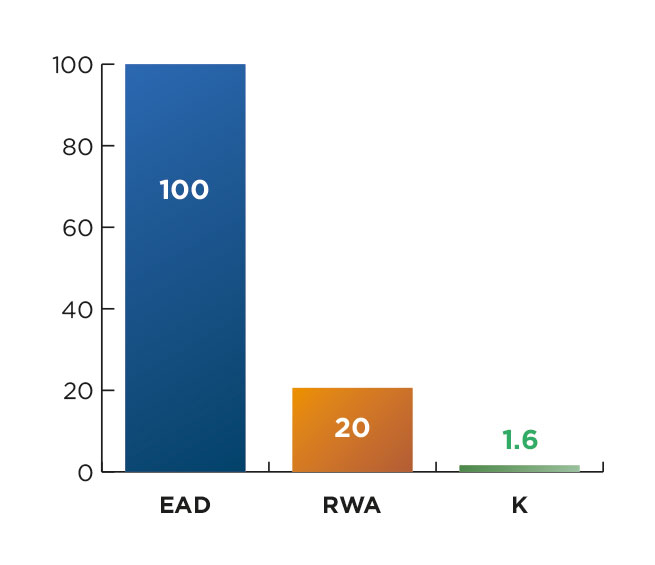 How to reduce the allocation of capital thanks to a credit insurer externally rated AA- by Standard & Poor?

Let’s consider that a bank using the Basel 3 standardized approach is discounting without recourse 100% of the invoices of one of their clients and we also consider that the underlying risk (the discounted invoices) belongs to a corporate which is unrated (RW is 100% according to Tab 1). The bank will transfer the risk to a credit insurer externally rated AA- (RW of 20% according to Tab 1). The credit insurer offers an indemnification of 90% of the value of the invoice. 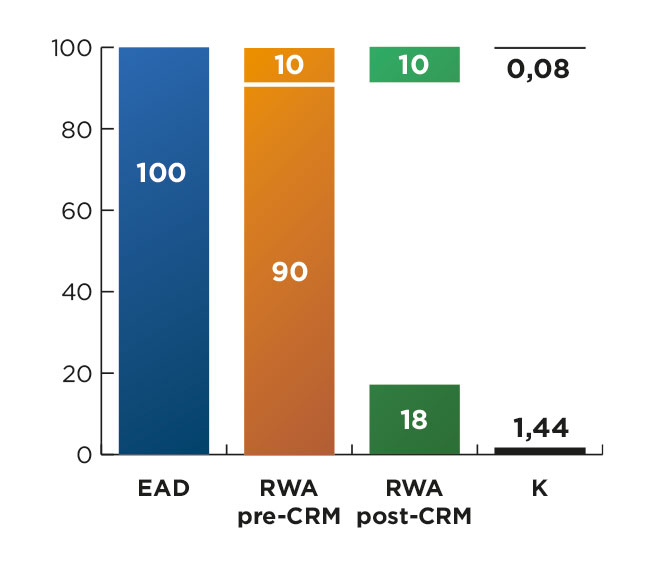 Thanks to credit insurance, the bank is able to reduce the capital allocation from 8 to 1.52 which represents a reduction of more than 80%.

You can do the same exercise if the bank uses the FIRB or the AIRB approach, but it requires much more work and feasibility from the bank as the bank should be able to calculate the PD of the insurer. However, the bank will be able to reduce even further the amount of the capital allocated.

Transferring credit risks from banks to credit insurers is gaining pace and it should accelerate in the future. However, working on the wordings is difficult and complex for banks with a modest balance sheets as a standardized policy wording that can be used by all the banks does not yet exist. Furthermore, approving the risk mitigating framework of the bank depends on the local regulator and the auditor of the bank and the bank needs to demonstrate to the regulator that his model is efficient. Finally, credit insurers are generally willing to amend the terms and conditions of their policies for large international banks with strong credit management departments.  However, smaller banks might struggle to succeed in using risk mitigating for capital relief purposes.