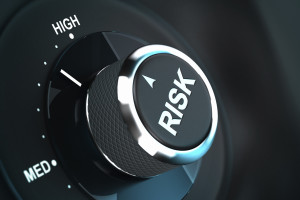 It is generally accepted that receivables represent approximately 40% of a company’s assets. Taking into consideration the economic turmoil that is sweeping the planet, one would expect that the executives and managers are taking concrete steps to protect their most valuable assets and their main sources of income.

However, an US study by Financial Executives Research Foundation and National Association of Corporate Treasurers (NACT) showed that risk mitigation is still not a priority for many companies.

CEOs, CFOs, treasurers and credit managers of the 400 largest North American companies were interviewed and the result was surprising. Two thirds of respondents said that a problem with the receivables would have a significant impact and could even threaten “the continuity of their business.” However, 34% of respondents said their companies are not adequately prepared to protect their main source of income in the event of such a disruption. Only 14% of respondents rated the protection of their receivables portfolio as “excellent”.

This is largely due to the lack of credit insurance culture in the United States compared to other countries like Japan, Britain and Spain, to name a few, where this type of financial product is widespread.

Regarding the culture of credit insurance, the situation in Brazil is similar to the US market. Most domestic companies do not know the product and therefore are , at a disadvantage compared to the foreign competition that use credit insurance on a regular basis. Absent from Brazil for many years, the export credit insurance made its comeback in 1998 through a partnership between large banks, Brazilian insurers and a French credit insurer Coface. A few years later, the domestic credit insurance became also available for local businesses. However, like in the United States, this is still considered a novelty, especially by companies that have little expertise or small international experience. Most of small and midsize companies have never heard of credit insurance. This clearly shows the huge potential for the sector, mainly for specialiszed brokers. With only 700 policies and total premium of about USD 80 MM, the Brazilian market is still waiting to be “discovered” by the big players in credit insurance. Moreover, it will not take too long. Coface, Euler Hermes, Atradius / CyC, Cesce, Mapfre, and very recently, AIG, Zurich, QBE and Swiss RE, all are gathering in Brazil.

What Brazilian business persons and banks are now discovering is that insurance can be a strong financial catalyst, giving companies the opportunity to obtain financing that would be inaccessible to them without this instrument. A recent study showed that 49% of insured companies have access to bank financing, while the rate for non-insured companies is only 34%. Similarly, the interest rate for insured companies showed to be 0.5% lower on average compared to the other firms. Slowly but steadily, banks and insurance companies are joining forces and structuring profitable partnerships.

Considering the growth of the domestic economy and the widespread thirst for credit, this will be the main driving force for credit insurance development in the coming years.

On the other side of the coin, the insurance carriers also suffer the impact of the crisis that has gradually reduced the appetite for risk and accordingly the credit limits availability. This causes a vicious circle in the market. Because of their limited coverage, the policy holders reduce in the same proportion the volume of sales to their customers, leading to creating by the domino effect a strong production decrease. Investment plans are postponed. The layoff cycle gains momentum and individual problems of each company eventually add up worsening even further to the country’s macroeconomic situation.

On one hand, the Brazilian economy is facing serious difficulties. There is a consensus that it is necessary to swallow the bitter pill of recession before starting to recover, and this will likely happen only in the second half of 2016. It puts pressure on companies to cut down on their budget and therefore, become more averse in getting credit insurance. Nevertheless, the dark clouds on the horizon and the higher levels of increasing debt increases the interest for the credit protection.
What is the net effect of these two opposing forces in relation to the development of credit insurance in Brazil? According to the conversations AU Brazil had with the local insurers, those forces eventually cancel, so that the growth targets set for 2015 will not be impacted. Despite the slow economy, the credit insurance market expects growth above 20% in number of policies and premiums. The AU Brazil will hopes to be a major contributor in this development.

US Bankruptcy Law and the Rise of Preference Claims