Dubai : a market facing a lack of transparency - AU Group 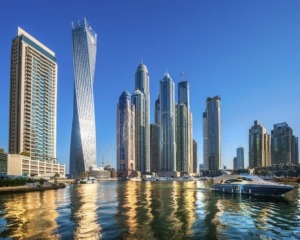 The United Arab of Emirates (UAE) was created in 1971 on the initiative of the ruler of Abu Dhabi, Sheikh Zayed, and is still a relatively young country.

The UAE is a federation of seven emirates with the oil-rich emirate of Abu Dhabi as the capital and Dubai as the business and commercial hub, not only of the UAE, but of the entire Gulf region and beyond.

Their rulers, and especially the Sheikh of Dubai, have focused relentlessly on developing the country for the last 43 years and we must acknowledge that tremendous achievements have been done since the creation of the country. They have created a business friendly environment, with world-class infrastructure, political stability and low tax. Nevertheless, from a business point of view, some steps still need to be taken to match the level of professionalism of developed markets such as the US or Europe so as to continue the increase in business activity within the country.

As the theoretician of capitalism, Adam Smith, explained in his book “The wealth of nations”, increasing the transparency between economic actors improves the market efficiency and therefore economic performance.  With regard to this issue, a lot still need to be done in the UAE.

The lack of transparency is one of the remaining challenges facing the UAE. Easing access to business financial information and creating an insolvency law would enhance this transparency.

Firstly, it is still too expensive and difficult for specialist financial actors, such as credit insurers and information providers, to collect relevant information about SMEs (small and medium-sized enterprises). Getting audited financial is complicated and most of businesses are reluctant to share this kind of information. Furthermore, they are not required, as in developed economies, to disclose their audited financials for tax purposes, as there are no corporate taxes.

This market characteristic has been quite challenging for the main credit insurers, Euler Hermes, Coface and Atradius, which started to establish their first offices in 2006 and 2007. There has been a clear need for trade credit insurance (TCI) in the UAE, especially since the financial crisis in 2008/9 with its consequent business failures and bankruptcies, but it was, and has been, difficult for them to offer efficient solutions to their clients especially at the beginning.

Risk underwriters need to assess businesses to grant a credit limit, and obviously it is not easy to get a clear picture of a business without looking at the financials. However, Euler Hermes for instance, has reached a significant size, in terms of number of clients and level of exposure, in some business sectors which has enabled them to get a decent level of knowledge and so provide good offers. Furthermore, the awareness of TCI has increased over the years, which facilitates the work of credit insurers.

Secondly, there is another element which does not contribute to the transparency of the market. The government has not yet established an insolvency law similar to the “Chapter 11” law in the US.

Implementing this kind of law would enhance market transparency, as it would be easier for creditors to take a decision and then speed up the business activity. It would be even more relevant in a market such as the UAE where writing a bounced cheque is punishable by jail. Therefore business owners, who are often not nationals (80% of the population are expat residents), prefer simply to leave the country rather than face jail, and of course, we saw a lot of this behavior during the crisis in 2008.

Moreover, clients of trade credit insurance companies would benefit from such a law, as policyholders are indemnified much faster in case of insolvency, but of course they need to be able to produce official documents acknowledging that the business is insolvent.

To conclude, we should see in the future an improvement in transparency in the UAE. The government is working on implementing an insolvency law and enhancing access to financial information for economic actors through a credit agency.