The Fintechs: towards a revolution of finance? - AU Group 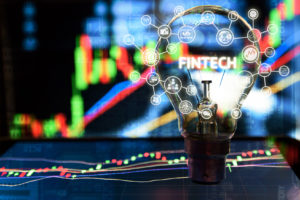 Finance and Technology are the two pillars upon which these new companies stand to develop. Through technology, they contribute to the creation of new customer experiences as well as a change of habits. Referencing these two pillars, the term Fintechs covers under its banner a good number of companies dealing mostly with the use of a service and customer experience rather than proper finance.

Since 2000, in France, these solutions have been brought forward in the area of culture with the crowd-funding of musical projects by websites such as “MyMajorCompany”.

The actors have since increased with different fields of action. If all Fintechs do not survive, some of them become impressive successes, reaching the status of “Unicorn”, sometimes valued beyond the billion. Among them: Uber and Bla Bla Car for transports, Airbnb for the hotel industry and Lending Club for finance.

The Fintechs and the finance market

In the world of finance, the Fintechs take on a strictly regulated market. This constraint not only limits their development, it forces them into a permanent state of vigilance. The setbacks suffered by Lending Club, causing the withdrawal of its investors and the collapsing of its value, are a good example of the existing threats. Banks are keeping a close eye on this new competition and are the first one to seize buyout opportunities, as illustrate the cases of Leetchi, bought by the Crédit Mutuel Arkéa, the Pot Commun or Fidor Bank, bought by BPCE.

Yet, despite the regulatory hindrances, the financial landscape is shifting. In only a few years, we went from solely banking offers to the ability to resort to an increasing number of actors depending on the nature of the project and its cost.