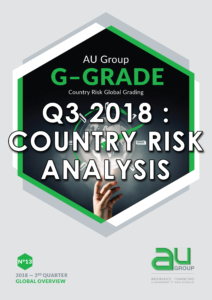 Are you back from your summer break and want to catch up on country risks?

7 significant changes occurred: 2 upgrades (Greece, Myanmar) and 5 downgrades (Turkey, Sri Lanka, Argentina, Iran, Nicaragua). Time has flown by since the end of Q2-2018 (30.06.18) when most of the large trade credit insurer reviewed their country risk grading, but upgrades and downgrades still occur and if you are using credit insurance you might have noted an impact of recent economic changes to your credit limit portfolio.