Giving an overview of the Italian economic situation today is quite a simple thing: we are in a deep crisis! - AU Group 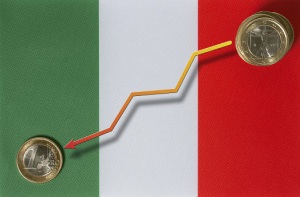 However, a few months ago a character has arrived on our political scene that has definitely caused intrigue abroad and we are all looking forward to see how he will act: Matteo Renzi.

Will he be like lots of his predecessors – a bluff?

Will he go on with promises for two years and then benefit his political retirement or will he be able to do something really good?

I’m not a member of the political party of which he is the leader, but I must say I’m curious about the programme called Unlock Italy he has proposed.

What is Unlock Italy? This is an approved law regarding measures for the construction industry, the food industry, for commercial industry and transport. The Prime Minister has announced that euro10 billion will be unlocked in 12 months for public works.

In particular, the measure provides 8 points:

Renzi’s objective (or his dream), is for Italy to be among the first European countries and not among the last ones.

If he achieves the goal, the entire Italian economic situation will improve and there will be opportunities, even for trade credit insurance.

Let’s wait and see what happens*!

*At the present time we are still waiting for the official publication of the law.