Greece at a crossroad - AU Group 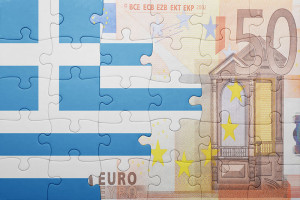 The political uncertainty, capital controls, the impact of the emergency bank holidays, the tax burden on households and businesses, and the subsequent slump, made the Greek economic activity decline, leading to a 0.2 percent recession for 2015 as a whole. More than the public sector, the Greek businesses suffered remarkable losses. But despite these mishaps, the Greek economy has already shown great resilience which is supported by the most recent data. The relative stabilisation of the economic activity that emerged during the last two months of 2015 has continued during January 2016, with business confidence improving, even though it remains at a relatively low level.

On January 25th, the head of the Bank of Greece – Yannis Stournaras – said that Greece’s economy will continue to contract in the first half of this year, because of the carry over negative impact of 2015, but that his country has now the future potential to strengthen supported by a rebound in confidence, the expected easing of capital controls and the compliance with the conditionality of the new ESM assistance programme. The steady implementation of structural reforms should gradually strengthen economic fundamentals, investment and other components of aggregate demand, leading to a projection of 2.7% for real GDP growth for 2017. Investment should also benefit from the successful recapitalisation of the banks and the re-launch of privatisations.

But still, this new trend is to be confirmed in the next weeks. Some prerequisites are to be completed in order to safeguard stability, avoid a new recession and restore the economy to a path of steady growth. These days, while Greece needs a speedy conclusion of the country’s first bailout review, the completion of the first review of the adjustment programme is subject to delays. A number of challenges like the necessary pension reform, the management of the stock of non-performing loans, as well as the adjustment programme including the payment of arrears to the private sector, have not been concluded yet … The leftist-led government is urged to implement reforms agreed with the country’s lenders. Backtracking would entail risks the economy could not withstand.

Provided Greek government and Greece’s lenders conclude the first two reviews successfully and no other crisis emerges, e.g. from the political or the security front, Greece could then be in the position to return to a path of sustainable growth in 2016.