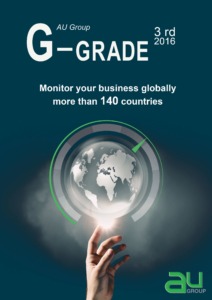 This new country risk assessment covers the period from the 1st of April to the 30th of June 2016, and therefore, does not reflect the recent major events like “Brexit” or the attempted coup in Turkey. Insurers will definitely integrate these political facts into their next assessment, and this will impact those two countries and their economic partners and neighbours.

Thus, the key changes to the “Country Risk” in the second quarter mainly focus on Africa and Europe where we note the following significant changes: