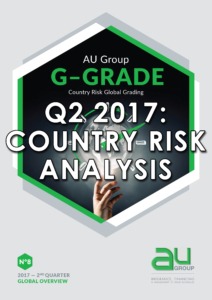 Our “country risk” measurement tool, the AU G-Grade, has highlighted the following main changes in Q2-2017:

Deteriorating situation in Africa and especially in:

Digitalisation of invoices, an opportunity to be mastered

Once upon a time: Trade Credit Insurance in Dubai – Episode 1
Receive our newsletter