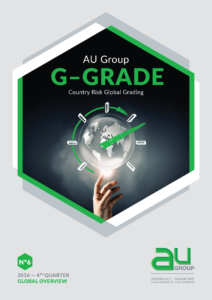 9 countries have seen their country risk evolve significantly this quarter, among which we can point out some positive trends:

The main negative trends are: