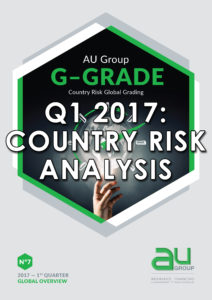 In the first quarter of 2017, credit insurers have reassessed numerous countries.
Most of these have resulted in positive upgrades, and, in particular, we can highlight:

On the other hand, other countries have seen their situation deteriorating:

A better understanding of how bonds can protect your company