Payment delays and corporate insolvencies: a “cause and effect” relationship - AU Group 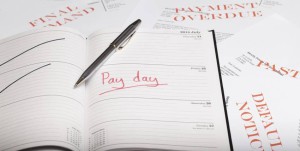 France – Payment delays and corporate insolvencies: a “cause and effect” relationship

Following lower numbers of insolvencies in 2014 (-0.26%), it was widely thought that corporate failures would continue to fall in 2015.

Sadly within the first six months of the year insolvency proceedings were still on the rise. The number of businesses unable to pay their creditors was set to reach 33,000 cases in just the first half year!

Reasons for this increase abound, notwithstanding the impact of the commercial courts strike in December 2014 in postponing court rulings until early 2015.

Cash flow problems remain the main cause and show no signs of diminishing! According to widely available statistics, one in four insolvencies is due to late payments. Two thirds of businesses delay paying their suppliers by an average of 13 days (beyond the legal 60 day deadline fixed by the LME French law). This helps us better understand the reluctance of some managers to embark on major investment projects.

62% of French businesses do not pay their suppliers on time. While some sectors such as the construction business experience acceptable conditions, others such as transport have seen their situation deteriorate.

These divergences are also significant depending on the size of the company. Large businesses and medium size companies’ delay settling their invoices 90% of the time… and impose shorter deadlines on their smaller customers. These credit period differences allow them to finance in part their short-term cash flow.

Within Europe, it is the UK who clocks up the largest number of late payments with a staggering 76% of businesses – regardless of size – not paying their bills within the legal time limit. Italy remains high with 75%, whereas German businesses show 3 out of 4 invoices are paid on time.

Late payments have a ripple effect and at the end of the day, it is employment that pays the highest price. A breakdown in trust, liquidity issues, lack of visibility.

Our role as broker and advisor is to improve your position by securing the payment of your debts. This gives you more control to manage your business and confidence in the future.

Check-list: The key points of customer identification
Receive our newsletter