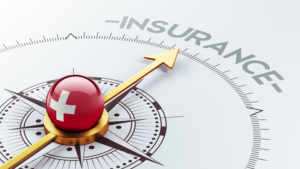 Switzerland is a good example of a country with an innovative and dynamic environment. The short payment terms combined with a very good economic situation makes Switzerland a special country for credit insurance.

The main growth targets by the insurers are in bonding, fidelity and in international business. The risk portfolio of Swiss policyholders is mainly driven by export business with high average credit limits and a reasonable portfolio quality. Due to the high concentration in commodity trading (due to the large numbers of local commodity traders), flexibility and innovation are needed: tenders, single transactions, spot-deals.

The Swiss credit insurance market in 2018:

Atradius remains the nr. 1 in terms of premium income and made a small gain in market share in 2018 against Euler and Coface.

Euler Hermes, as nr. 2, reached an increase in premium income compared to 2017.

The claim ratio decreased compared to 2017.

Coface decreased its income compared to 2017.

In Switzerland, loss ratios were maintained at a low level for all insurers, except for Credendo Single Risks

AXA made an increase in income compared to 2017 due to internationalisation and additional surety business. In addition, they acquired XL Catlin in 2018.

In general, Switzerland has a big potential in credit insurance notably due to the impact of financing requirements and the volatility of the prices in commodities.

The increasingly unstable international political and economic environment should lead to growth in the credit insurance market in the next years as companies face a challenging situation in several important export markets as for example the UK, Italy, Russia, Turkey.

Capacities are also requested in difficult regions such as Africa and Middle East.