UK: An overview of the economic position - AU Group 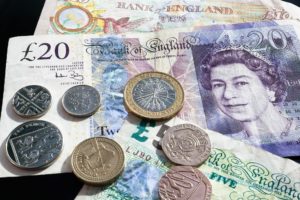 Following a shock decision to leave the European Union on 23rd June 2016, UK economic growth has held up better than widely expected. Whilst in the six months following the referendum growth remained stable, the first half of 2017 saw a sharp increase in inflation followed by a slowdown in growth.

The weaker pound has boosted net exports; however, the service sector is anticipated to slow slightly – but remain positive – for 2017-18. GDP Growth is anticipated to slow gradually going forwards, with an anticipated rate of circa 2.0% in 2017 falling to between 1.6% and 1.4% for the latter part of 2018 as consumer spending and real-term wage freezes hit household budgets.

Oddly, UK unemployment rates continue to be at their lowest rates since 1971 with just 4.3% currently out of work. This rate has decreased year on year since 2012, where the percentile sat beyond 8%. Critics state that this is in-part due to zero-hour contracts and the so-called ‘gig economy’.

There remains uncertainty of the UK’s next steps in EU negotiations as discussions continue to crawl ahead. Whilst the pound saw a considerable drop after the referendum, it has rallied in recent months, despite the first UK interest rate rise in a decade in October. The economy remains held in suspense as the United Kingdom negotiate an exit position with the continent.

Insolvency trend for the last 12 months

Observing the office for national statistics, insolvency rates within the UK for Q2 2017 showed a 12.6% rise on Q1, and a lofty 27.8% increase on the same period in 2016. However, the figures are confused by a change in claimable expenses which saw the liquidation of 1,131 personal service companies.

Excluding these figures, despite the ever-close looming Brexit date, insolvencies fell to the lowest quarterly point since records began in 2000.

The latest comparable figures (those of Q3 2017) do show an increase against the underlying numbers for Q2. This was accompanied by a record high in voluntary arrangements (74%) against 16% compulsory liquidations and 10% other insolvencies.

Construction remains the area where most companies will become insolvent, with the wholesale and retail trade (including vehicle repair) being second highest, followed by accommodation & food service. Total corporate failures increased in 2017 against 2016 – albeit by just 1%.

One of the UK’s leading insurers, Atradius, anticipates corporate failures to increase by a further 4% in 2018 attributed in part to the fall in manufacturing production, led by the transport sector. With Brexit negotiations still uncertain, there is a consensus that insolvency rates will increase throughout 2018 and 2019.

Impacts on the credit insurance market

Whilst the business market has remained resilient since the June 2016 vote to leave the European Union, the upward trend in insolvencies is expected to contribute to greater losses for the 2018-19 period across all sectors.

Insurers are already beginning to suffer the fall out and are anticipating an increasing upward trend in insolvencies going forwards.

The recent failures of two high profile organisations, Carillion and Palmer & Harvey seems to have substantiated these fears that are exacerbated with the afore-mentioned concerns over the impact of Brexit.

In the United Kingdom, the three dominant insurers are the global trio of Euler Hermes, Atradius and Coface.

These are the three established international insurers with risk-underwriting and debt collection offices spread strategically throughout the globe.

However, there has been an interesting development within the UK market over the past 18 months, and that is the take-over of HCC by Tokio Marine.

Now named TMHCC, the ‘re-branded’ insurer has made significant steps to strengthen it’s position and gain market share in the UK. Many experienced and high profile individuals have been attracted from other insurers to TMHCC, which is focussed on developing its export underwriting capabilities in particular.

This has resulted in a migration of policies away from the Top 3, as their appetite for risk has remained constant or waned, while TMHCC, without the same capacity limitations, has shown the desire to win the business in which there are key limits issues at stake.

As a result, TMHCC has just finished a very successful year in 2017 with a large increase in its policyholder-base.

Other good performers within the UK industry have been QBE, the antipodean insurer and Lloyd’s syndicate Nexus CIFS (formerly Credit Indemnity). These are smaller, more specialist insurers which often offer a more personalised service to their preferred profile of policyholder.

Credendo has recently re-branded from Credimundi in the UK. With a change of Country Manager, Credendo, which offers an individual brand of policy is positioning itself to win market share with exporters into non-OECD parts of the world, in particular.

AIG is now strengthening its presence in the SME sector with some specialised products which are forward-looking and include non-cancellable cover. This is also a feature of the Equinox offering, which was presented at the AU conference in 2017.

Markel International also presented at the AU conference and this is an organisation which will look at proposals that are not readily available from the rest of the market.

Markel is also strong with single risk offerings as are one of its main competitors, Chubb.